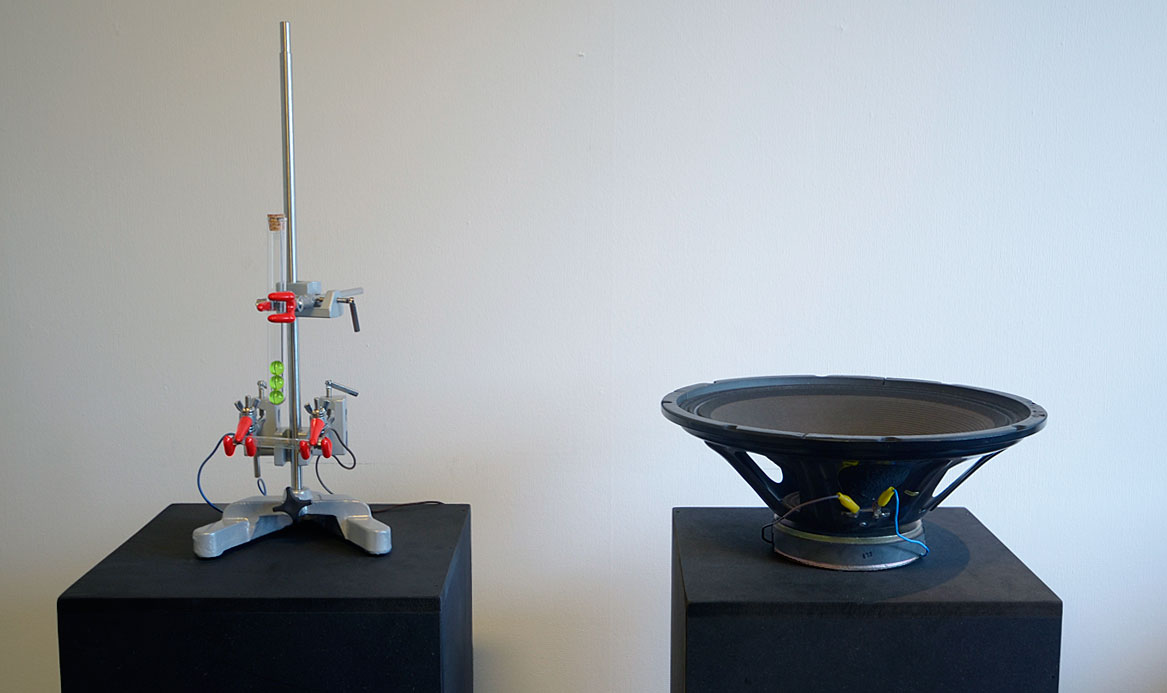 The work Probabilistic Audio Dice Roll is generating truly random numbers between 1 and 6 by throwing a dice. The dice is being thrown by periodically generated low-frequency sound from a 15" loudspeaker. The sound is controlled by a pattern of data-bit populated by measuring the radioactive decay from uranium glass.

Radioactive decay can only be described using probability; we can never predict exactly when the next event will happen. This uncertainty is inherent in quantum mechanics. Since the time of any given decay is random, then the interval between 2 consecutive decays is also random. I measure two pairs of these intervals, and populate the sequence of bits based on the relative length of the two intervals. This sequence of bits  in decimal representing a number between 0 and 8192  is used to control the dice throwing. One part of the sequence controls the pitch of the sound. A second part controls the duration of the sound. The count of on-bits versus off-bits in controls whether the audio is triggered or not.

A previous version was part of the "Random Numbers, Tokyo" show.