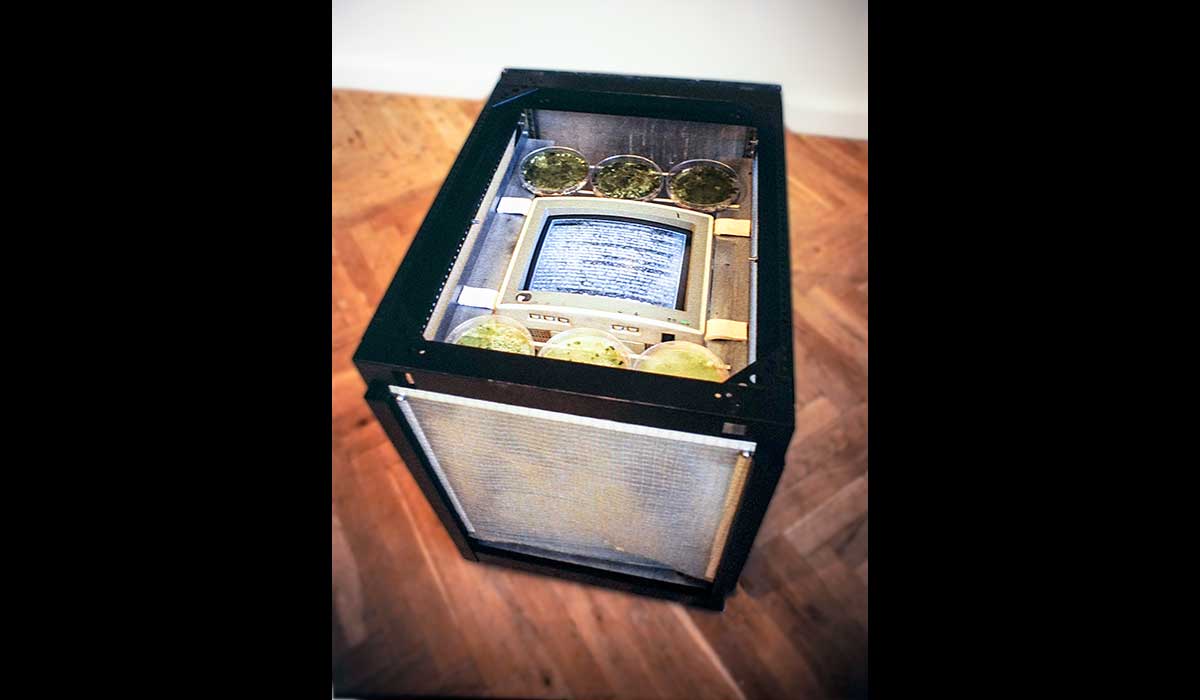 The Entropy Machine was a demographic installation. The installation tried to figure out what the audience preferred to look at. The software and the audience collaborated in making images. The audience was part of an interactive process, but unaware of their role. The artist initiated the system.

The installation
The piece consisted of a metal frame with the sides closed with reinforced plastic fabric. A monitor was standing inside the box. The monitor was surrounded by six Petri dishes containing bacteria cultures.

The software randomly picked initial images from a library. This library consisted of approx. 50 different screen images. All the images were directly related to biology or the installation itself. E.g. scanned texts, illustrations from old biology books, old photos from the artist's family album, or plans of the artwork itself. All texts were appropriate citations - but not explanations.

The technique
A Cellular Automata algorithm slowly changed the image on the monitor. Information was altered generation after generation. The picture was permuted. After a large number of generations, the process started all over with a new image. When the image changed, the CA algorithm was changed by a genetic algorithm. A digital thermometer placed in the box supplied a mutation seed for this software algorithm. The heat generated inside the box also fed the bacteria inside the Petri dish The growth rate of the image evolution and the evolution of installation software was controlled by measuring the heat-radiation of the guests around the installation (using infrared sensors).

In 1995, the Entropy Machine received an honorary mention at Prix Ars Electronica, Austria.

Four years after making this installation I became aware of Rudolf Arnheim's excellent essay "Entropy and Art" from 1971.